How to Survive a Shark Attack

How to Survive a Shark Attack

Working in the field of diving, training, and selling equipment and cruises makes us continuously subject to a frequently repeated question. It is the starting point of almost all the students or those who wish to benefit from our services in the diving center. While we expect questions such as when did humans learn diving, who developed and manufactured diving equipment and or smart questions, we only get one intuitive question for everyone: sharks!

Will we encounter sharks?

How do we avoid their damage?

What do I do when I encounter a shark? And so on…

Every student formulates the question differently, because of the cinema effects, the brutality and hostility of sharks that prey on the divers, and the people on the beach as shown in movies or any other scenes that directors build their stories on. In Diveholics, we answer at least one inquiry per week via the website email on how to dive into a sea where sharks live. Therefore, we already have an answer for that (copy, paste, and send answer).

Throughout my long experience in diving, I have met sharks of all kinds for dozens of times under different circumstances. I met sharks while diving for fun, shooting, or rubber-bullet rifle hunting. On some occasions, the sharks approached until we touched each other and I pricked some of them with the spear of the rifle. One time, I pushed with my hands a shark that was trying to take the fish from me while hunting. A lot of situations happened, but sharks never attacked me. To be realistic, I admit that a shark in a diving site is not normal at all. Sharks require attention, but most of the time, there is no reason to stop diving. A shark is a dangerous creature. It is not a chicken, but also not a dinosaur. It is possible to enjoy watching these fish and pay close attention to its location. I have basic rules to deal with sharks:

This is the mechanism to follow with sharks, but some are not convinced of those simple and easy instructions. Shark obsession remains a matter of concern for the majority until they have the opportunity to experience such situation and be convinced.

Therefore, searching the Internet, I found an article that I copied for you for some details that may satisfy some of those who are not convinced by the simplicity of dealing with sharks, with some reservations about some points, but I copied it for you as it is.

A shark attack is rare, but it can cause serious and fatal injuries. Scientists do not believe that sharks attack humans to eat them, but they bite humans to know the nature of the creature in front of them, the same way dogs smell new friends, but it is a deadly way for identification!

Avoiding sharks is the best way to stay away from danger, but you must develop a plan to rely on if you find yourself in waters filled with sharks. 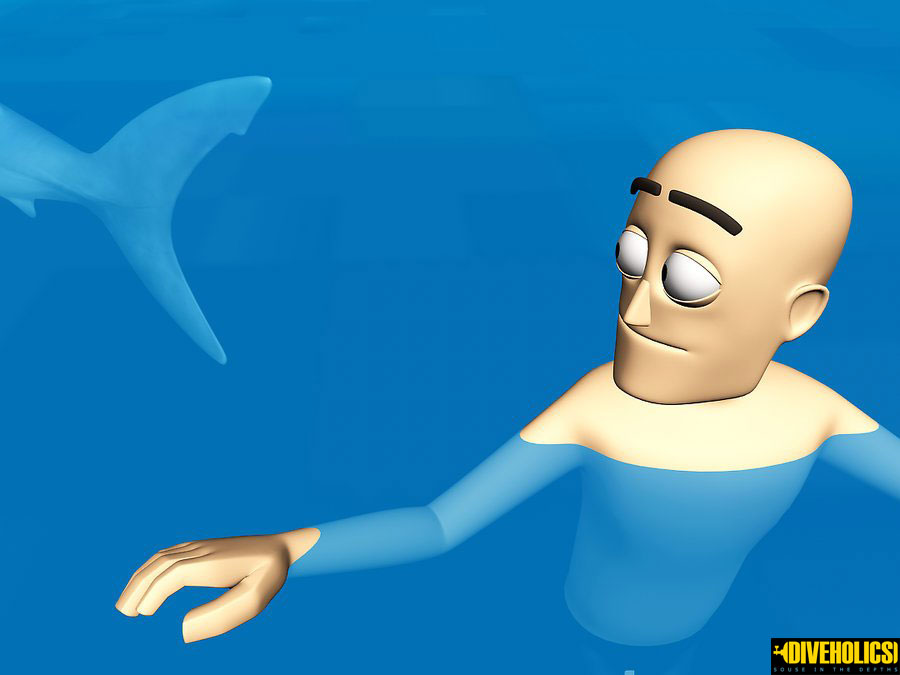 Keep Your Eyes on the Shark.

Sharks have different attacking techniques. Sometimes sharks swim directly toward the target to begin the attack, sometimes they swim in circles for some time before the attack, and sometimes they surreptitiously advance from behind to make a surprise attack. To be able to defend yourself in front of a shark, you must know its location, so make the effort to see the shark, even if you plan to escape. 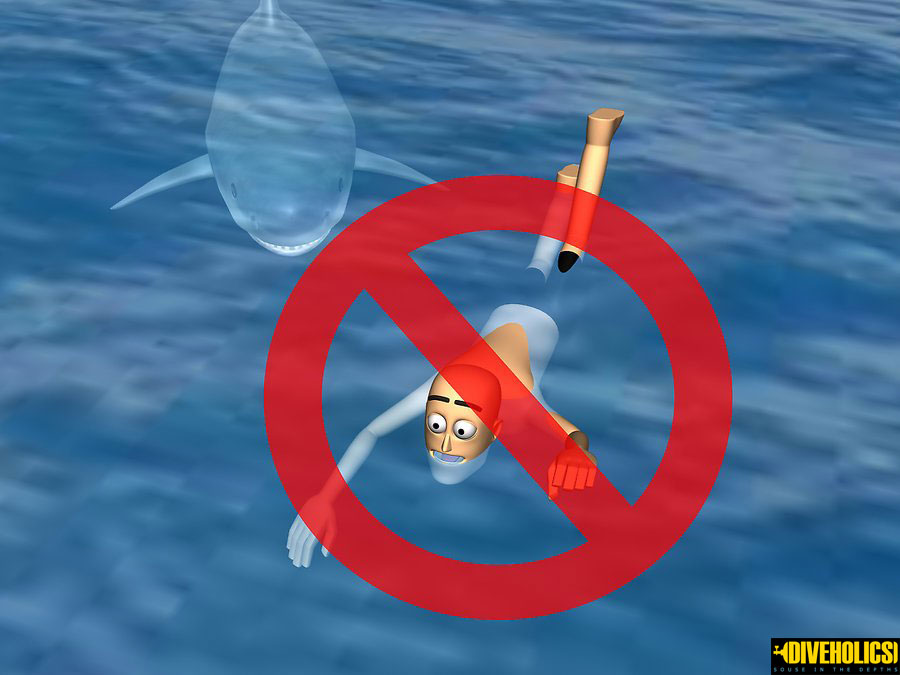 Stay Calm and Do Not Make a Sudden Move.

When you see a shark, it will likely swim away from you without approaching you. You can’t out swim a shark, so trying to swim quickly to safety will not be the best option, unless you are so close to the beach. It is very important to have composure so that you can assess the situation and discover a way to return to safety. 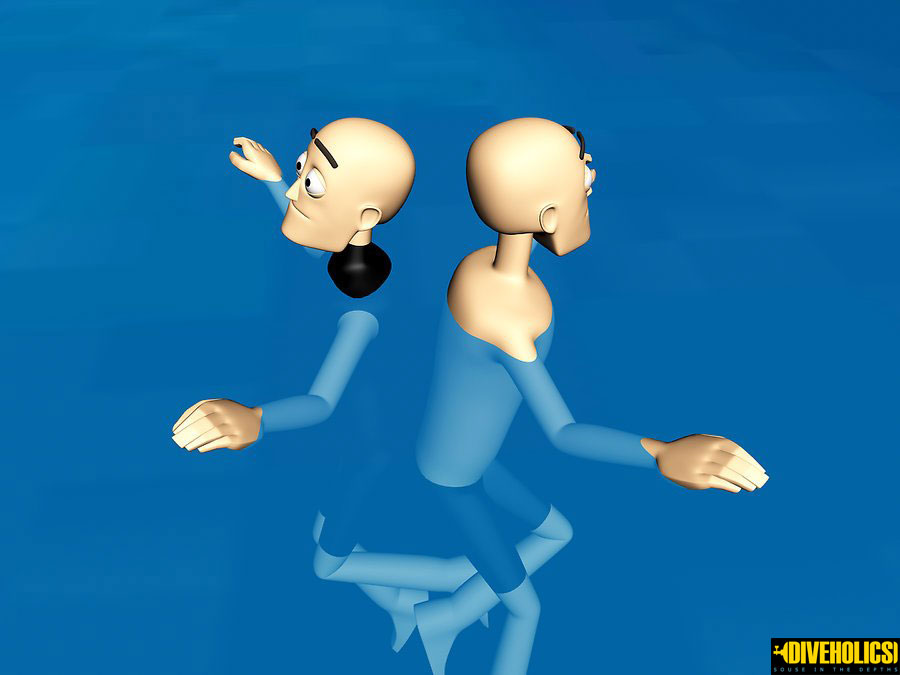 If you cannot get out of the water immediately, try eliminating possible shark attack angles. If you are in shallow water, keep your feet on the ground. Slowly retreat to the shore, harbor, or rocks so that the shark cannot turn around you. This way, you can only block an attack from the front. 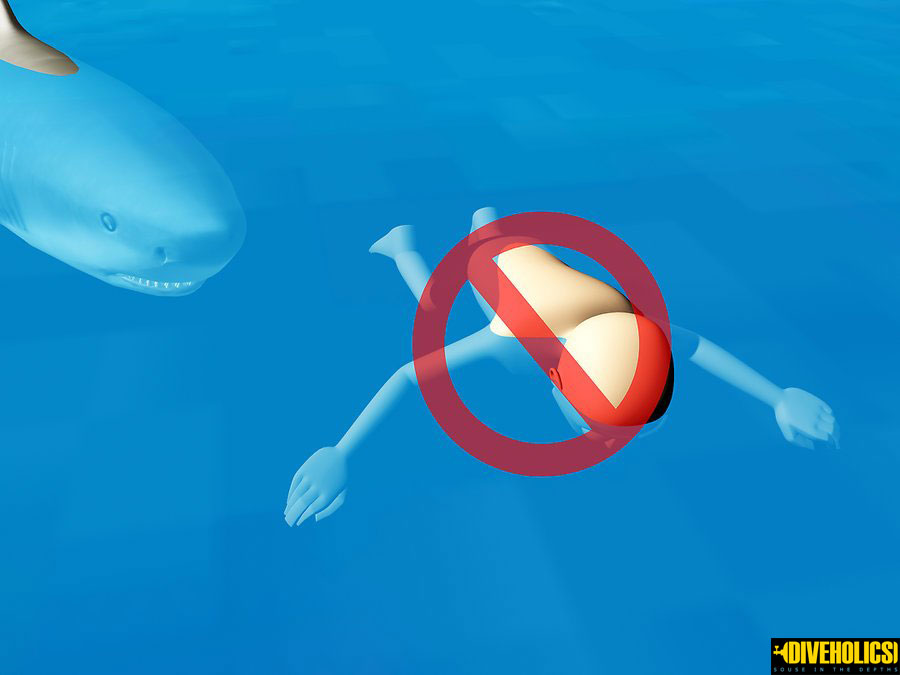 Hit the Fish in the Face and the Front

Playing dead will not stop a shark attack. The best way to survive a shark attack is to let the fish know that you are a deadly and powerful danger. Striking a shark strongly at the front of the face, eyes or gills will usually make it retreat. These are the only sensitive spots in a shark. 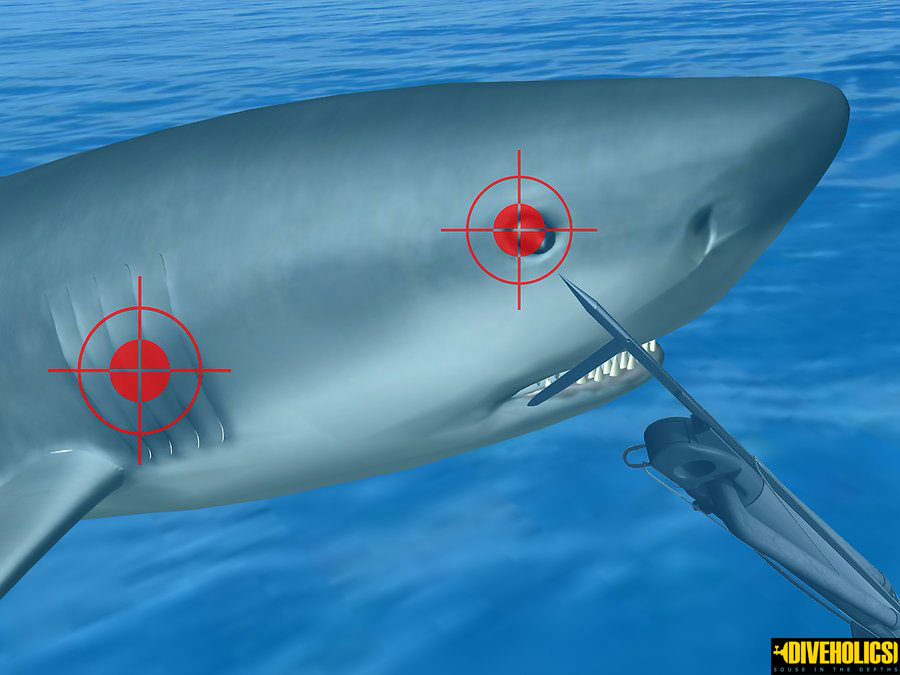 If you don’t have any weapons, improvise. Use any solid object, such as a camera or rocks, to banish the shark 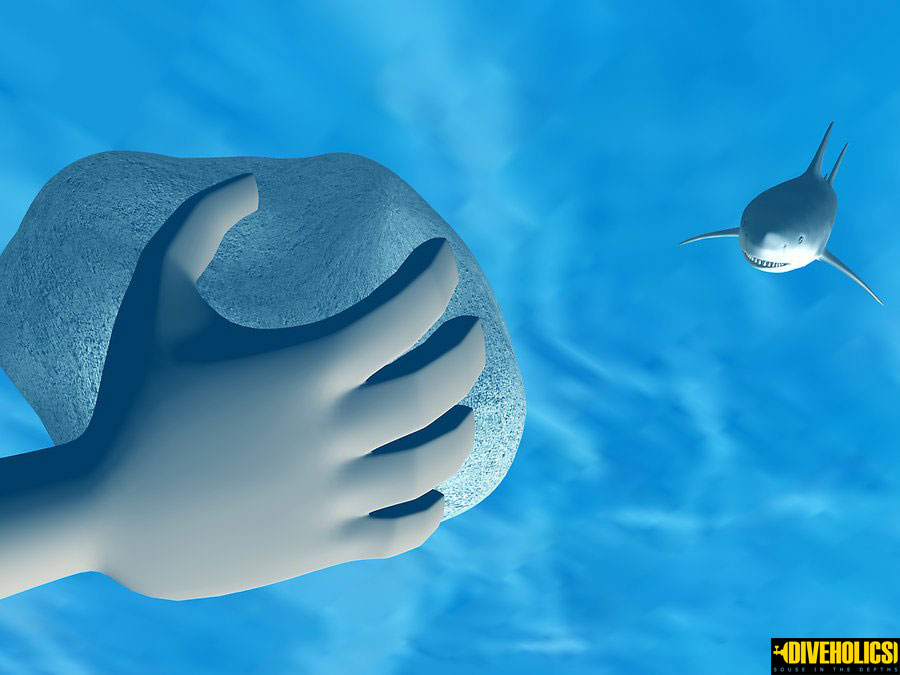 If you don’t have anything, use your body. Aim your blows at the shark’s eyes, gills, or the front of its face with your fists, elbow, or feet. 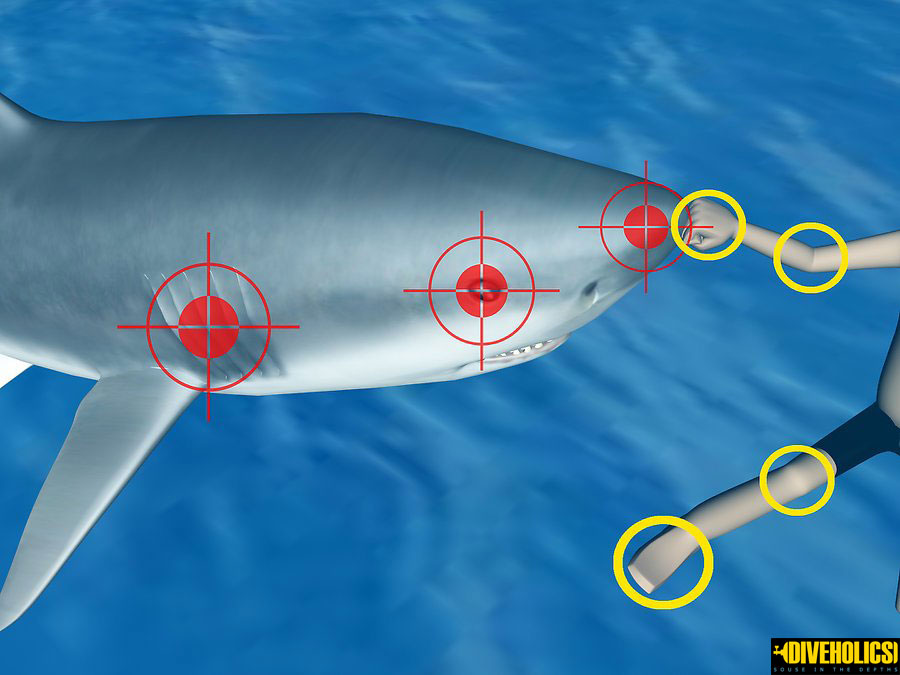 Keep Fighting if the Shark Continues to Attack You

Hit the eyes and gills of the fish firmly and repeatedly, and hit hard. Do not swing your hands too far before hitting. This does not provide additional force underwater. You can also use claws with eyes and the front side of the face. Keep doing this until the shark turns away from you.

Escaping and Getting Help 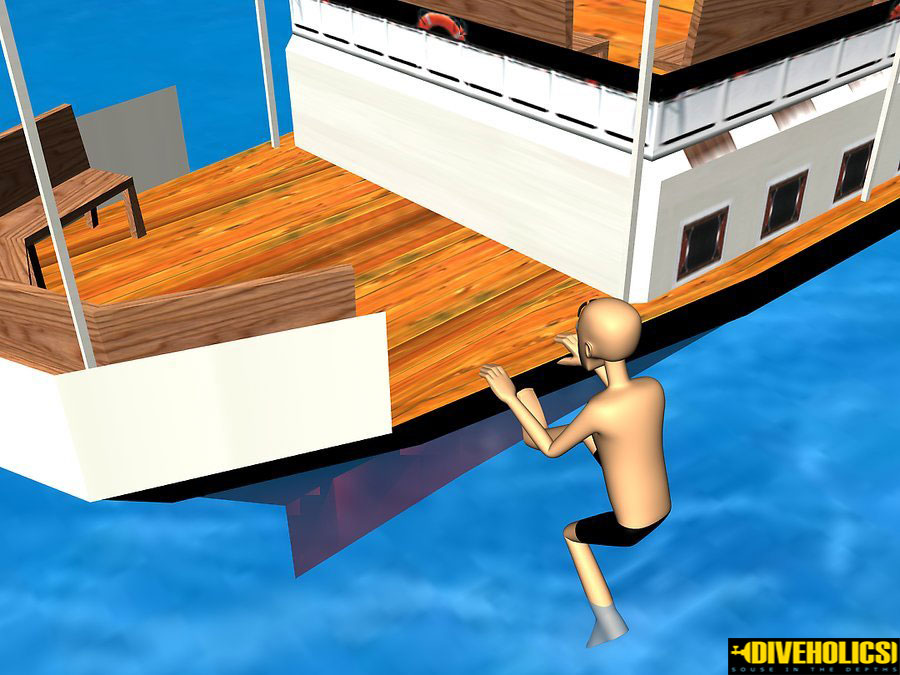 Get out of the water

You will only be safe when you come out of the water, even if the shark turns away from you. Sharks may swim away temporarily and then return and continue the attack. Return to the boat or beach as quickly as possible. 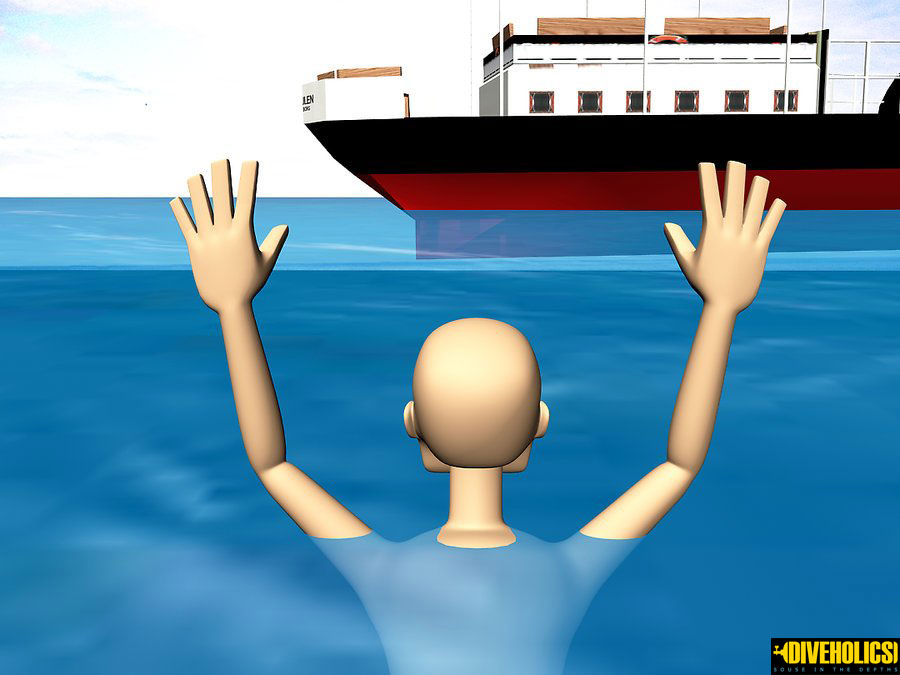 If you are near the beach, swim quickly and flexibly. Strong kicks leads to attracting the attention of the shark again and spelling blood, which may attract more sharks. Swim breaststroke. It does not require as strong kicks as the other types of swimming. 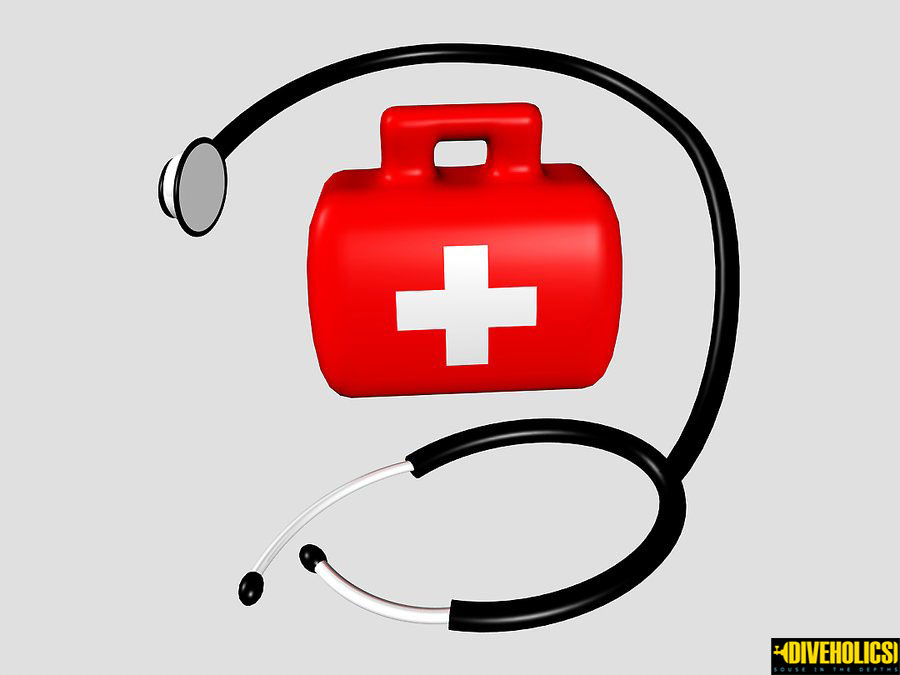 If the bites you, get medical help immediately. You can lose a lot of blood depending on where the bite is, so take steps to quickly stop the bleeding. It is very important to get medical help, even if your wounds appear slight. Stay calm until you get medical help so that your heart doesn’t beat fast and push blood faster in the body.

How to Survive a Shark Attack was last modified: May 14th, 2020 by Dive Holics